A sad, but true story.  I was so frustrated and upset when I heard about this that I hope by sharing this true story, it will prevent it from happening to you or someone you know.

We had learned that Ruth, (not her real name) an 85 year old friend received notification (phone call we think) telling her that she had just inherited 2 million dollars. My husband, Mel, called her shortly after learning about this, however she was very ‘tight-lipped.’

Ruth had been told by the caller, that someone sharing her name had died and left behind a lot of money; and that the lawyer says he could pay the inheritance to her instead of handing it over to the government. Here’s how it went:

•   According to Ruth, the caller told her that if anyone found out about this, she might not get the money. It had to be a secret. And she needed to act quickly.
•   In addition, she was told that she needed to send money prior to receiving the inheritance for fees and taxes; and from what we learned…. She had sent $15,000 so far.
•   We feared the callers would ask for more or somehow get into her bank account (maybe they already have). Our hands are tied, but we keep calling and pray that she will realize it is all a sham.

Mel placed several calls to her (although sometimes she didn’t remember who he was) and explained that if it were real, there would be no reason for it to be a secret, nor would she have to pay any money in advance.

•  Mel even emailed resource material that we gleaned from the Internet about the “inheritance fraud” (some of which is below).

•  Without mentioning her name, he called the local police, sheriff, FBI and Attorney General’s office to find out what could be done.

•  Unfortunately, not much can be done unless the person being defrauded is willing to provide information, which would admit to the fraud.

Ruth was not willing to do this (maybe even embarrassed to admit it) even though Mel encouraged her to do so. She kept saying that they were bringing the money tomorrow; then when  that day passed, they would call and tell her, next week….. they kept promising, but nothing happened…and this went on and on.

Here’s the tough part… It was really a “perfect storm” in Ruth’s case. She doesn’t have family members who can help her (they have their own issues), she lives alone, and her mind isn’t what it used to be (possibly dementia changes, small strokes). No matter what we have said to her or provided for her as proof, Ruth absolutely believes this money is going to come. And when it does, she says she will give it to her kids. We continue to do what we can, including holding her up in our prayers …… but our hearts break for her.

MORE Bad News about the People Who Defraud Others:

1. If you respond, they will continue to ask you to pay various fees so they can release your non-existent money.
2. Each time you make a payment, they will come up with another reason why the inheritance can’t be paid out.
3. If you become reluctant to pay, they put on the pressure reminding you that you’re so close to getting the money.
4. They might ask for bank details so the inheritance can be deposited directly into your bank.

IF You’re a Victim of Inheritance or Other Fraud:

1. Report it
2. End all further contact
3. Do not send any money
4. Never give out bank details
5. If you have given out bank details, call your bank NOW
6. Those who have fallen victim to fraudsters, are likely to be target for other frauds
7. You could also be vulnerable to fraud recovery ‘fraud.’

PLEASE talk about this topic of fraud to others; especially to those seniors who live alone and are more vulnerable. Make them aware of what can happen. We can help shut these fraud groups down…. but we have to talk about it. Check out DeliveringTrust.com

REMEMBER….“If it’s too good to be true, it probably isn’t.” Anonymous

Let’s Have a “Heart to Heart” 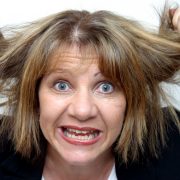 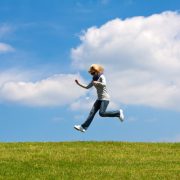 “Staying Put or Heading Out?”

Organizing Today = A Plan for Tomorrow 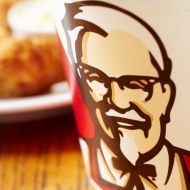 Picnic in the Park… with the ‘Colonel’
Scroll to top